skip to main | skip to sidebar

My book has been selling in Germany,... which was unexpected but very welcomed! When I review the book there are still parts I don't completely remember, but some of you do. There are people that worked there and were very important in the function of Wild Man Sam's Night Club. I wish I knew their name or how they may be. An advert for the newspaper from the mid 70's. Get the book: 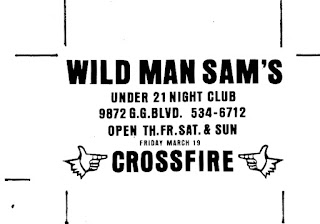 Posted by jimcaronfineart at 3:16 PM No comments:

Wild Man Sam's Night Club was a lot of work, but it changed lives. I can go on about the benefits that this great place brought to the local community, but cannot forget the problems I had with harassment from the police. Long after I closed the club I was at Garden Grove's Strawberry Festival with my friend and his old father who had worked for the city in the 60's. He was jabbering to a Sergeant with the GGPD when the Sergeant recognized me, he stated that what I had done "was nothing to be proud of".

This was the kind of attitude and hatred I experienced in old Garden Grove. After the Vietnamese folks moved in, all that ended, the racists moved out to Riverside where they could afford to live. Garden Grove is totally different now and a great place to live. Made the front page of the local paper, me and my old man pose with a picture of Jimi Hendrix, dead 5 years but the neighbors complained we had "black musicians". 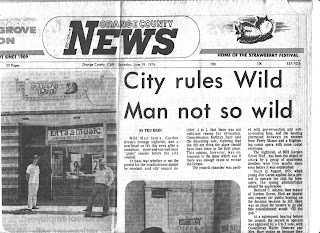 Posted by jimcaronfineart at 9:13 PM No comments:

Very glad to see my book is selling in the North East. An unexpected success I am glad to have. The cover design turned out great and am anxious to see people experience this book, "My Wild Times At Wild Man Sam's 1970's Rock and Roll Night Club". 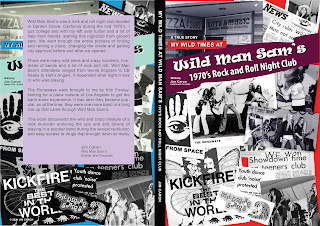 Posted by jimcaronfineart at 9:25 AM 2 comments:

Chip Kinman of the Dils sent this to me today about playing at Wild Man Sam's - one of their first gigs...! I had forgotten about it, but I good friend of mine remembered.

"The Dils played there! We had just written Class War so we played it over and over and over...💜 we booked a show there because there weren't many places to play and we had heard that the Runaways played there. NOBODY came to see us. In fact nobody even came to buy pizza! I believe it was a pizza joint...

We were booked to play two or three sets and didn't know that many songs so we just played Class War for our second set... about twenty times! Not sure of the date but I probably have it written down somewhere."

Wild Man Sam's could be like that, packed one day and empty the next, we took the good with the bad and kept moving forward! Thanks Chip!

Posted by jimcaronfineart at 6:53 PM No comments:

My New Book - I have finally completed editing on my book about Wild Man Sam's Night Club, the rock night club I started after quitting college. It features up close performance pictures of The Runaways before they were big, on the stage at Wild Man Sam's in 1975. This includes a very young Joan Jett and Cheri Curry. My favorite was the drummer, Sandy West, she had loads of heart. 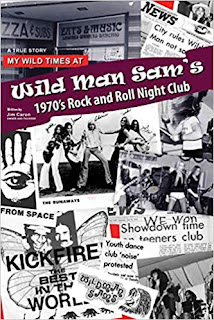 Lucille Ball was once a Star Trek crew member bent on destroying a family foe, Captain Fred Mertz, the man who sold her best friend, Ethel, to the soap makers in East Los Angeles. 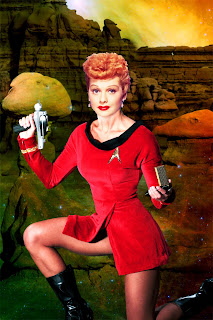 Posted by jimcaronfineart at 1:08 PM No comments:

The Doris Day Star Trek appearance that was almost never seen. Doris plays a crew member possessed by aliens and transformed into Calamity Jane. After being stuck in a cave with her for four days, Spock and Captain Kirk decide to kill her. 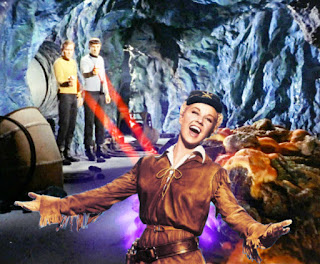 Posted by jimcaronfineart at 6:48 PM No comments:

jimcaronfineart
Jim Caron is the Cartoonist for Coagula Art Journal, published by Mat Gleason. Jiim Caron is also the producer and composer of numerous dramatic and music videos.